Is It Really Worth Worrying About? 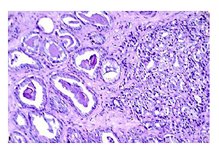 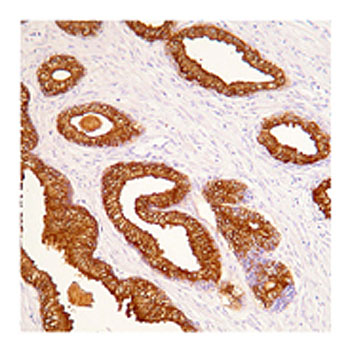 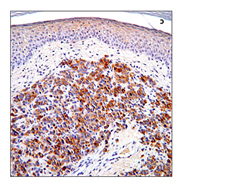 The prostate specific antigen (PSA) is a protein that is produced by the prostate gland. It is often elevated in amount in the presence of prostate cancer. But, it is also elevated in other disorders.

It is now clearly known that the term "prostate-specific antigen" falsely named. This substance is neither specific to the this gland nor an antigen.


Although it is present in large amounts in semen and prostatic tissue, it has been detected in numerous other bodily tissues and fluids. Including female bodily tissues.


The PSA test is NOT an accurate test for cancer.

The test simply reveals how much of this antigen a man has in his blood.

Numerous other conditions can also elevate a man's P.S.A. levels, such as:


However, none of these factors signals cancer. (*1) 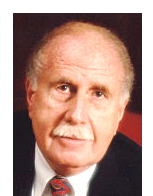 Here is what Richard J. Ablin (the researcher who discovered the prostate specific antigen in 1970) has to say:

"...the test is hardly more effective than a coin toss.
As I’ve been trying to make clear for many years now,
P.S.A. testing can’t detect prostate cancer
and, more important,
it can’t distinguish between the two types of prostate cancer —
the one that will kill you
and the one that won’t."

"I never dreamed that my discovery four decades ago
would lead to such a profit-driven public health disaster.
The medical community must confront reality
and stop the inappropriate use of P.S.A. screening.
Doing so would save billions of dollars
and rescue millions of men from unnecessary, debilitating treatments."
-
RICHARD J. ABLIN - Published: March 9, 2010

This
"Not So Specific"
Antigen

As you have learned, PSA is NOT specific to the male gland. In fact, this "specific antigen" is also found in female ejaculate at concentrations roughly equal to that found in male semen.(*2)

What Is The Actual Function
of
The Prostate Specific Antigen?

The substance called "prostate specific antigen" is produced for the ejaculate. It has a function in normal healthy life. It liquifies the semen and allows sperm to swim freely.(*4) It is also believed to be necessary in dissolving the cervical mucous cap, which then allows the entry of sperm. (*5)

It was first identified by researchers who were attempting to find a substance in seminal fluid (semen) that would aid in the investigation of rape cases. (*6)

The results from the American study (*7) on PSA shows that over a 7 to 10 year period, PSA screening did not reduce the death rate in men 55 and over.

"The European study (*8) showed a small decline in death rates, but also found that 48 men would need to be treated to save one life. That means 47 men who, in all likelihood, can no longer function sexually or stay out of the bathroom for long." (*1)

The reason this test is used today is that the Food and Drug Administration relied heavily on a study that showed PSA testing could detect 3.8% (not 38, a lousy 3.8%!) of prostate cancers. That was a higher percentage than what could be found with a digital rectal exam.

The annual bill for this P.S.A. screening is at least $3 billion! Much of this is paid for by Medicare and the Veterans Administration.

PSA levels between 4 and 10 nanograms per milliliter (ng/mL) are considered to be suspicious.

However, the prostate specific antigen test is highly prone to false indications: It has been found that 7 out of 10 men (70%) in this "suspicious" category will still not have prostate cancer. AND: 25% of men with prostate cancer have no elevation in their PSA level.

Does Taking A
PSA Test
Really Make Any Sense?

Does it make any sense to you to even take a test for the prostate specific antigen when the results of this test seem to have no credible meaning?

It makes no sense to me. According to the America Study (*7) the PSA tests are not a reliable way of detecting cancer. And according to the European Study (*8), they do scare many men into debilitating procedures that are not necessary 95% of the time.

Since most prostatic problems can be usually corrected, or at least reduced, with some correct massaging techniques and lifestyle changes. Wouldn't it make more sense to explore these avenues first?