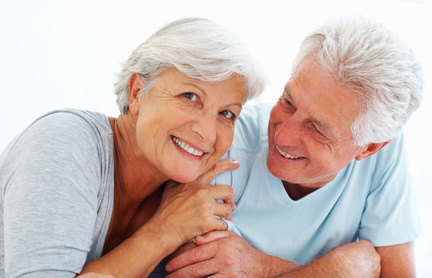 YES! The herb Pygeum africanum has been found effective in not only stopping the progress of BPH (benign prostatic hyperplasia),

In Clinical Studies
It Was Shown To Reverse BPH!

This herb is found as a male health supplement that is most widely used in France and other European Countries. It has been an approved prostate health treatment in Europe since the early 1970s. And, it is the most commonly used therapy for BPH in France.

The herb comes from a tall evergreen tree in Africa. The bark is the part used.

It is most commonly taken as an extract that has an effective 12%-14% total sterol content. As with most herbal remedies, it is most effective when used in combination with other herbs. Saw Palmetto and Stinging Nettle usually complete this combination.

This herb does not work the same way that Saw Palmetto (the more famous herb for BPH).

It appears to work by reducing the inflammation of the gland, and, by preventing the build up of cholesterol in it.

Because of the chemical component triterpines and n-docosanol (which occur naturally):

"Clinical studies suggest that pygeum bark extract is effective in reducing symptoms of benign prostatic hyperplasia, with few side effects." *

WebMD states:  "...it contains chemicals that help shrink the gland to relieve urinary problems such as poor urine flow and nighttime urination in men with enlargement."


This is one of the favorite herbs I use successfully in my own personal male health program!

It's Also A Great Aphrodisiac!

This herb is also considered a great aphrodisiac. In some African societies and is also used that way in many American sexual enhancement formulas.

As with any new addition to you diet: Start with a small amount first and gradually build up the amount you use. Even some of the best foods and supplements can have a negative effect on your body if you use too much too soon.

Pygeum seems to be a win win all the way around! Tell me how it works for you.