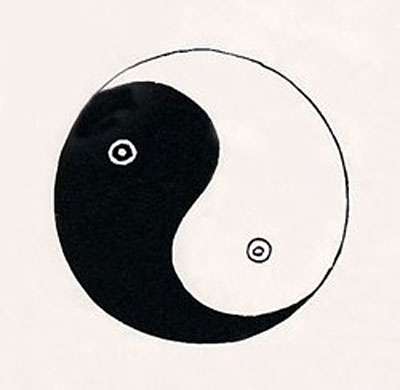 Taoist sex teaches us the wisdom and enjoyment of not always ejaculating.

No Orgasm and Enjoyment?! Are we serious here? Yes, definitely.

The instinctive natural goal of sex is procreation. Male ejaculation is necessary for this. So we naturally strive to ejaculate. Nature has a plan. So she made it feel so good that we would always want to.

However, the act and goal of sex (intercourse) in civilized man is not always (or even usually) procreation. It is pleasure. And, connection. Love. Taoist sex teaches us how to have more of this. Much more!

Ejaculation, is a drain on the whole male physiology. Same as a workout in the gym.

Women get just the opposite reaction. After sex, their hormonal secretions actually energize them!

The reason this is believed to be so is: procreation in early human times. There weren't that many of us around. Nature did everything possible to get the females pregnant and reproducing.

Nature wanted to be sure those female eggs were fertilized. The man was supposed to sleep after sex so the woman could run off to find another lover, or rather, fertilizer for her egg(s).

It all had to do with evolution and survival of the species.

"The man who has gained the skill to hold back his ejaculation, as in Taoist sex,
can have sex 2 or 3 times a day
and feel very alive and vigorous all the time."

Even if he is in his 50s or 60s! In fact, with this Taoist practice, he will commonly feel unbounded energy.

This is where the Taoist sex practice of Injaculation comes into play.

Injaculation is the art of orgasming without ejaculation. It's not the same kind of orgasm. But, it is quite wonderful.

In Taoist sex the actual orgasm (ejaculate) is stopped from happening by using acupressure. You get right up to the point of ejaculating. But, the pressure placed on the nerves of the perineum prevents the ejaculation from happening.

The sensation can be overwhelming and last for a long time!

In Taoist sex the belief is that the semen is going right into the blood stream during this "injaculation". They claim this causes the retained energy.

This not correct. But absorption of excess semen will happen slowly.

What does happen by not allowing your body to ejaculate is this:

It can be a very healthful practice. Especially for older men.

Learning the entire Taoist sex practice of Injaculation is not necessary to achieve these benefits. All the benefits just mentioned happen because your body was entirely sexually stimulated without ejaculation and depletion.

Whether you use this Taoist method or just stop all penile stimulation before ejaculation, the healthful results will be the same for you.

One Of The Best Forms
of
Prostate Massage

This kind of regular sexual practice is also one of the best forms of prostate massage. It will recharge and help rejuvenate your entire sexual system! This happens because of the huge increase in circulation to all your sexual organs.

Instead of draining your body of vital energies and nutrients you actually will recharge your entire sexual system with increased blood flow.

As you learned in previous articles, increased blood circulation is the goal of prostate massage in achieving prostate health.

This Is My Own
AMAZING Experience!

Let me relate my own wonderful experience with this Taoist sex technique:

Normally I can have sex (ejaculations) about twice a week. But, two months ago, my girlfriend came to visit for a 3 day weekend after a long abstinence.

My energy and vitality remained on a high the whole 3 day weekend. My prostate felt great! And so did my spirit! My girlfriend was really happy about the whole thing and asked what I was doing. So I told her.

I allowed myself to ejaculate only on the last time we were together. It was amazing!

You Can
Learn How To Have:
Super Human Sexual Stamina!

Sexual intercourse can energize you! It does not have to drain your energy. But you have to learn how to hold on to your power and your energies. Or as Taoist sex says: "injaculate".

And, the way your partner looks at you will be worth the entire practice!

Should you ever let yourself ejaculate? Of course. It is very important that you do ejaculate regularly. You must keep your sexual fluids moving to for good prostate health and good male sexual health.