In My Own Experience,
YES!
Definitely 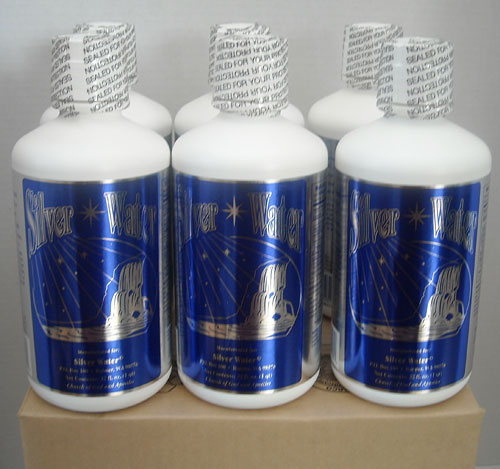 Ionic Silver Water appears to have no equal when it comes to prostate treatment of bacterial prostatitis,

There are two main types of prostatitis: Bacterial and Non-Bacterial (also called non-specific).

If you have the bacterial type, your doctor will usually give you an antibiotic and often that will clear it up.

If you have the type they call non-bacterial, he'll give you a concerned look and tell you: "We don't know why you're in pain".

Here's the bad news: "Non-bacterial prostatitis" cases out number "bacterial" cases by 8 to 1! Yes, 8 to 1!

That's Correct
Eight Times Out Of Nine,
There Is No Medical Solution For Your Problem

But, you are in pain! Maybe even (like I was) terrible, strong, awful, chronic, day after day pain.

Now, there are actually two kinds of "non-bacterial" prostatitis. One kind is from poor circulation to the gland.

Toxic metabolic waste products accumulate there. They cause irritation and inflammation. Plus, the blood flow is so bad that the cells starve for oxygen. All of those conditions can cause pain. Sometime very great pain!

That type can usually be easily remedied with regular correct prostate massage. The other "non-bacterial" prostatitis actually is bacterial. But, the bacteria just do not show up in medical tests.

"These bacteria, that are causing the problem,
are trapped inside your gland.
That is why they do not show up in a urine or semen test."

This is the type I had. And silver water added to my massaging program fixed me up when nothing else would.

This special male gland of ours is made up of little tiny sacs called "acini". Bacteria can invade these acini and cause them to get inflamed, swell and close off. When this happens, the bacteria no longer "shed".

That means bacteria are trapped in the acini and not released into the urine or semen. The urine and semen are the fluids tested to see if you have bacterial prostatitis. So, when a test is done on these fluids, nothing showed up.

I personally had that situation. "Non-bacterial" prostatitis that was actually bacterial. I underwent test after useless expensive test only to be told that, "We don't know why you have the pain". It cost me a lot a money to find that out.

And I had chronic pain and irritation! So bad I often could not sleep.

Then I learned about Silver Water! The man who was selling me my shampoo at the time told me about it.

My Shampoo Salesman
Claimed It Would Clear Up My Problem
In Two Weeks....
It Did!

Why would I take the word of my shampoo salesman? I didn't. But, I was desperate to cler up my super painful problem.

I am always very curious about anything that is natural and has worked for others. So, for the next 10 days I did some intensive research.

Every place I checked, and everything I read about Ionic Silver Water showed the same results. These results were practically miraculous!

And, it is an extremely simple and pure product that you can even learn to make for yourself.

Ionic Silver Water is just pure water with about 3ppm (parts per million) of colloidal silver in it. That may not sound like much. But, just one ounce of 3ppm ionic Silver Water contains over 9 billion electrically charged particles!

"Ionic" means the molecules are electrically charged (the molecule is plus or minus one electron). This charge happens naturally during the manufacturing process. 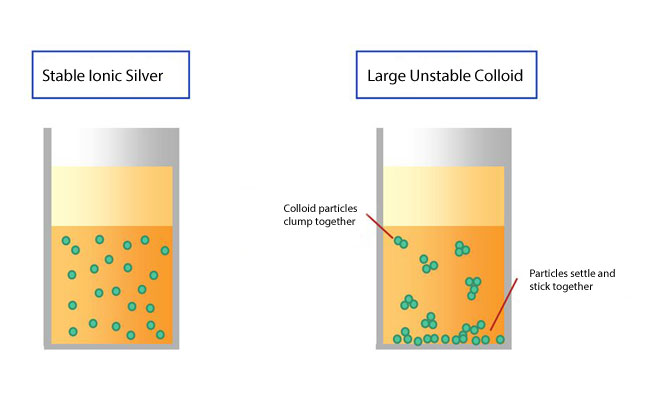 And, it is also effective against viruses, yeasts, and fungi.

Here's What The Research Showed:

"Silver
has been known to be a bactericide (kills bacteria)
for at least 1200 years."

UCLA (University of California in Los Angeles) ran some tests on Colloidal Silver. Their report states: "The silver solutions were antibacterial for Streptococcus pyogenes, Staphylococcus aureus, Neisseria gonorrhea, Gardnerella Vaginalis, Salmonella Typhi, and other enteric pathogens, fungicidal for Candida albicans, Candida globata, and M. furfur and it killed every virus that was tested in the lab".

A typical medical antibiotic is normally effective against a few types of bacteria at best. Even what they call a "wide spectrum" anti-biotic is only effective on about 6-12 different kinds of bacteria.

"Ionic Silver Water
has been found effective against over 650 kinds of classified bacteria!"

The famed Dr. Henry Cooks emphatically states about it: "I know of no microbe that is not killed in laboratory tests within six minutes".

"While employed at UCLA Medical School in the 1980s, Larry C. Ford, MD, documented that silver can actually kill over 650 bacteria, fungi, parasites, molds and fungi that have the potential to sprout diseases. At the same time the tests established that silver has no known side effects."

It's easy to see why it could be so beneficial to a prostate that is inflamed by bacterial invasion!

So, why then is it not so well know and not more widely prescribed?

Why Don't You Hear About It?

The main reason pharmaceutical antibiotics are the choice in the medical field is that they can be patented. Therefore, it is only profitable to the pharmaceutical companies to educate doctors in their own patented medicines. That's good business. Right?

Often, other more effective remedies, like Silver Water, are pushed aside and left unnoticed because there is no real profit to be made.

Silver is not patentable. So, it is not worth a pharmaceutical company's time to promote it. The high priced antibiotics are given all the advertisement simply because of profitability.

Silver Water Is Not Toxic

The Poison Control Center of The Environmental Protection Agency reports a 'no toxicity' listing for Colloidal Silver (Silver Water). The human body easily processes the tiny atoms of Ionic Silver and this makes silver build-up in the body impossible.

Once I learned which type to get (3ppm ionic Silver Water made from 99.999% pure silver), I ordered a 4 week supply. Even though my friend said 2 weeks would do the trick, if it took longer, I thought a month would be a fair and realistic trial period.

I was skeptical at first, but my pain was often overwhelming! And, I just plain do not enjoy pain!

The recommended amount for prostatitis was 5-15 oz per day. I used 5oz per day. 2oz first thing in the day. 1 oz between lunch and dinner. 2 oz before bed.

It Is Just Pure Water
With
Silver Ions In It

It has no taste. It's tastes just like drinking regular pure water.

Because it tastes like pure water, had I not read all the amazing data on it, I would have thought this was the scam of all time! Just bottled water!

After 5 days on the program, the possibility of this being a scam would have seemed even more real to me, because I felt no different.

At day 7, things just seemed to feel "easier". Not cured. Just not as bad. (I thought maybe this was just wishful thinking taking over!)

On day 10 I was feeling pretty good all the time.

I mean no pain! No irritation!

I continued with the program for the remaining 2 weeks and remained pain free. And I stayed pain free for months. When pain returned, I used it again (for just 2 weeks this time) and again all my prostatic pain went away by day 14! Just like the first time.

Here's The Reason
It Works

"Silver is a catalyst that inhibits the breathing mechanism
in bacteria.
They literally suffocate to death.
And, they can not build up a resistance to it."

I had read a couple reports where people who took very large doses of some silver compounds for long periods of time, had the heavier folds in their skin, such as knuckels, turn grey (this is condition is called Argyria).

Chemically produced colloidal Silver Waters are greatly inferior. They are not as pure as the ionically produced products. And the particles are much larger, making it impossible for the body to process them effectively.

Silver Water also seems to have a great ability to increase the ability of the normal cell to heal and regenerate.

It is so powerful against bacteria, virus, yeast, and fungus that many researchers and health practitioners agree:

Using Silver Water Is Like Having
A Second Immune System!

If persistent prostatitis is a problem in your life, correct prostate massage and Silver Water may be exactly the answer for you. The combination has worked seeming miracles for me and countless men who were considered "incurable".