Your PSA Levels
are
Not an Accurate Cancer Indicator 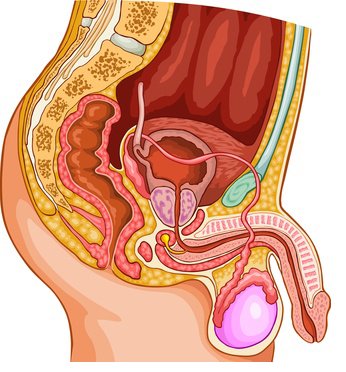 What exactly does a test for PSA levels (prostate specific antigen level) show? Well, we were told: It shows that there is something abnormal in your prostate gland.

Ha! Not always, or even usually, true.

PSA or prostate specific antigen implies that this antigen is only found in prostate gland tissue.

"But, in 1995 Scientists at Fox Chase Cancer Center, Philadelphia, showed that the same antigen in these tests
was also in other types of cells including cells of
lung cancer, myeloid leukemia, breast cancer, ovarian cancer, and even sometimes in normal blood cells."

Prostate Specific Antigen is obviously not as specific an antigen as once thought.

As far as indicating prostate cancer, this test is about as accurate as a patient simply stating, "I don't feel well". Does that mean he has prostate cancer?

What Your PSA Levels
Actually Show

The medical profession recommends that men over 40 have a prostate exam and this meaningless test. So, what does this test really show?

Elevated readings here only shows that your body is trying to fight something off. And that could be anything.

Dr. Evelyn C.Y. Chan of The University of Texas-Houston Medical School tells us raised PSA levels can happen for many reasons other than prostate cancer:

Does this mean this test is worthless? Not entirely. It apparently can be used effectively for diagnosing the progress of a prostatic disease, once the disease is defined.

But, for diagnosing cancer, a PSA levels test is highly ineffective. What it does do is sell a lot of biopsys.

A Urologist who gets a "high" (above 4) PSA reading on a patient almost always recommends a biopsy. This is a 15 minute procedure that costs about $1200. And, the needle biopsy could be what kills you!

However, this testing has created a boom in the biopsy business!

When PSA testing started, it more than doubled the amount of needle biopsies performed.

According to a Study at The Mayo Clinic, 17% of the 2258 prostate biopsies studied had complications that require further treatment. Primarily for pain, infection and internal bleeding.

In The New England Journal of Medicine,
Drs. Fritz Schroder and Ries Krause were asked if these biopsies would save lives
of the men who submitted to them.

And according to James Eastham, MD, FACS, of Memorial Sloan-Kettering Cancer Center: only 1 out of 4 biopsies detected cancer that existed.

"The worst part of this needle biopsy
for someone who does have cancer is that
needle biopsy releases cancer cells into the blood stream.

This greatly increases the man's chance
of
developing further cancers."

In order to get prostate cancer in the first place, a man's immune system has to be already compromised to some degree.

When a needle biopsy releases cancer cells into the blood stream of a man with a weakened immune system, his chances of the disease spreading and growing are increased dramatically. This is because his immune system may not be strong enough to destroy the stray cancer cells.

Left alone in the prostate, 9 times out of 10, these cells cause no real harm.

It is estimated 1 in 6 men will get prostate cancer in their lifetime. Only 1 in 10 of those will be life threatening. That is still a large number!

But, 9 out of 10 times it is not life threatening.

PSA Levels Fluctuate
for
Many Reasons

Again, Dr. James Eastham states: "Studying 1000 men, researchers found that about 1/2 of those who had a high PSA level, had normal results in the 2nd test."

He goes on to say the problem with most second tests (that show no difference) is that they are usually performed too soon after the first one.

He suggests waiting not a week, but about 6 weeks before the second test. This gives the body a chance to remedy whatever condition that may have caused the PSA levels to rise.

Even the US Preventative Services Task Force and National Cancer Institute are opposed to routine PSA testing. They believe the risks of follow-up tests (biopsy) and the treatment side effects may outweigh the possible benefits.

When You Get
False Results

In PSA levels testing it is well known that there are many "false positive" results and "false negative" results.

Needle biopsy is very profitable. This useless test lead to far too many men into having unnecessary dangerous life threatening biopsies.

The New England Journal of Medicine states: "(the) PSA test has been found to miss 82 percent of tumors in men under 60, and 65 percent of cancers in older men".

This is making some scientists recommend that men with even lower PSA level test scores have biopsies.

That, of course, would have even more men without prostatic cancer enduring a very risky and life threatening biopsy "just to be sure". And biopsies put men with prostate cancer at a much higher risk of spreading their cancer.

There Is A New
Better More Accurate Test

Cancer cells (and cells with change that are predisposed to cancer) are graded with a "Gleason" score. In short, a score of 1 is something to be aware of. A score of 7 or up is considered lethal.

Ohio Health and Science University Cancer Institute has come up with a new method for determining a way to accurately predict tumor grade without a biopsy. They can do this just by knowing the patient's age and doing a few simple clinical test.

The method is relatively new. It was presented at the 41st annual meeting of the American Society for Clinical Oncologists in Orlando, Fla. on May 14, 2005.

Because PSA levels test scores can be influenced by a large number of factors unrelated to prostate cancer, a high test score may cause you to submit to a possibly unnecessary or life threatening biopsy.

And: You now have a better option!